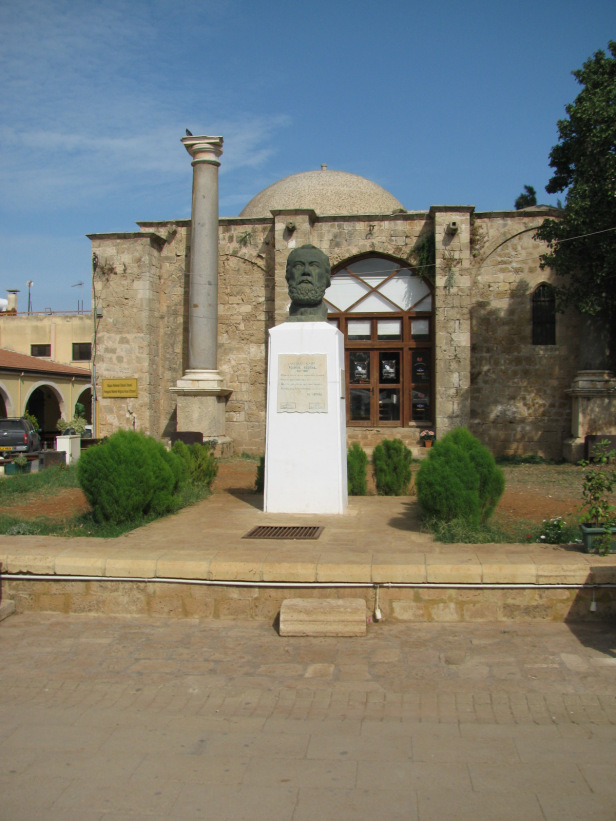 Namik Kemal (1840-1888), a distinguished nationalist poet and novelist, spent his thirty-eight months in this dungeon when he was sent into exile by the Ottoman Sultan on April 9th 1873 soon after the first performance of his play 'Vatan or Silistre' at Gedik Pasha Theatre in Istanbul on April 1, 1873.

The ground floor, with only one vaulted cell is in the shape of a rectangle and it has low arched entrance door which opens on to the courtyard of the Venetian Palace as well as the two windows in the same wall.

When Namik Kemal came to Famagusta, he first stayed at the ground floor, but after a while he was taken to the second storey with the permission of the Cyprus Governor, Veysi Pasa. The steep stone stairs at the side of the building take you to the rectangular second storey which has two large windows, a landing in the front, a marble floor and a timbered ceiling.

Restoration of the Namik Kemal Dungeon and Museum was started at the beginning of 1993 and completed it within a short period of six months. Organization of the museum was made with the collaboration of the Ministry of Education and Culture.